Urban Meyer and his coaching staff landed a local three-star recruit as Darron Lee pledged his allegiance to Buckeye Nation.

Lee, a senior-to-be at New Albany High School in New Albany, Ohio, a suburb northeast of Columbus, currently garners the three-star rating from both Rivals.com and Scout.com.

Though Lee, who’s listed at 6-foot-2 and weighs 205 pounds, has the ability to play quarterback, wide receiver or safety at the college level. Rivals tabs him as an “athlete” while Scout lists him as a safety. He was recruited by co-defensive coordinator Luke Fickell, so the odds are better than 50/50 that he’ll end up playing on defense, and if he bulks up in size, he could eventually become a linebacker.

What’s surprising is that Lee is only ranked as the 59th-best safety in the country by Scout.com, while Rivals.com has him ranked as the 60th-best prospect from the state of Ohio. Clearly, he’s a either a “diamond in the rough” or a late bloomer in the recruiting circles. Lee has spent the last two weekends in camp at Ohio State before getting the scholarship offer. 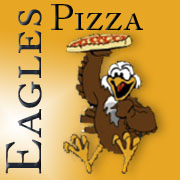